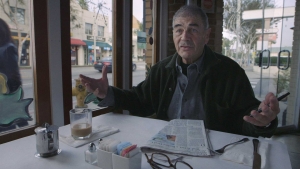 Robert Forster is an American actor best known for his roles as John Cassellis in Haskell Wexler’s Medium Cool and Max Cherry in Quentin Tarantino’s Jackie Brown, the latter gaining him an Academy Award nomination for Best Supporting Actor. He and Joey Skaggs have been friends for decades. 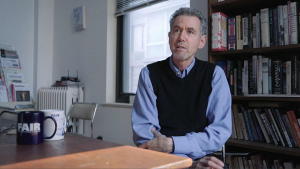 Jeff Cohen is the founding Director of the Park Center for Independent Media and Endowed Chair, Associate Professor at Ithaca College. Before Ithaca, Jeff was a media critic, columnist and founder of Fairness & Accuracy In Reporting (FAIR), the national media watch group. Previous to that he was a lawyer for the ACLU and authored or co-authored five books that criticize media bias. He was also a regular commentator for Fox News Channel’s Fox News Watch, for MSNBC and CNN, and appears in Outfoxed, a documentary critical of Fox News. 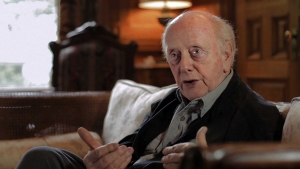 Peter Maloney is an actor in film and on stage, a director, a playwright, a magician and a co-conspirator with Joey Skaggs. Known for his roles in The Thing and Requiem for a Dream, he also played the part of an attorney for an artificially inseminated child in Skaggs’ Celebrity Sperm Bank hoax in 1976. 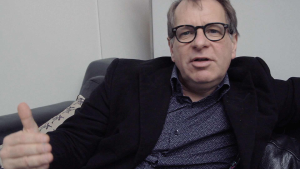 Mark Borkowski is a UK PR agent and author with an interest in the history of public relations and the art of the publicity stunt. As founder and head of Borkowski.do, he is a respected commentator on communications issues in the national print and broadcast media. Borkowski has a column in The Guardian, has written two books on publicity stunts as related to public relations and has won several awards for his work. 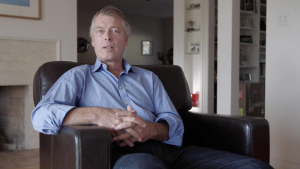 Editor of Page Six of the Post for nearly 25 years, Richard Johnson, hailed by the Post as “The man who knows New York” now writes the Richard Johnson column, a mix of gossip from both coasts, society news, business and politics. He has covered numerous Joey Skaggs hoaxes. 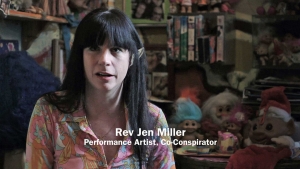 Buck Wolf is an executive editor at Huffington Post. He writes on film, music and TV, but specializes in offbeat features. He also writes the weird news guide at About.com, and is a member of the Us Weekly Fashion Police. His writing has appeared in the Village Voice, the Miami Herald, and New York Newsday. He has not only written about Joey Skaggs’ work, but has been hoaxed by him.

Charlie Todd is the founder of Improv Everywhere, a comedic performance art group based in New York City that carries out pranks, which they call “missions”, in public places. He’s been producing, directing, performing, and documenting the group’s work for over fourteen years. He is also a performer at the Upright Citizens Brigade Theatre in New York City. 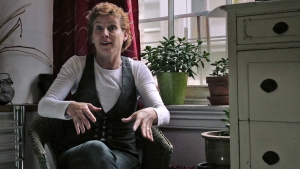 Kate McCamy is a director, actor, cinematographer, and writer living in New York City. She has been a Joey Skaggs co-conspirator since 1986 at which time she was a featured Fat Squad commando while Joey Skaggs hoaxed David Hartman on Good Morning America. She has also documented a number of Joey’s performances on video for the Skaggs archive. 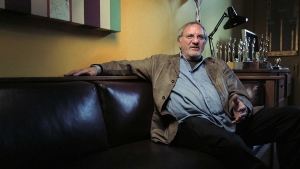 Richard Wilde is a designer, educator, and author. After founding the graphic design department at the School of Visual Arts, he is now the chair of the SVA Advertising and Design departments, where Joey Skaggs taught during the 70s and 80s. Richard is also a founding partner of Wilde Design. 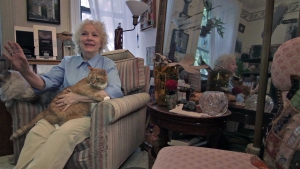 Sara Jones is a New York artist, writer, actress, florist and Joey Skaggs co-conspirator. She first appeared in his Celebrity Sperm Bank in 1976 where, dressed as Bob Dylan, she sought Dylan’s sperm at the ill-fated Celebrity Sperm Bank auction. Among other pranks, she was a key performer in Joey’s Bad Guys Talent Management Agency hoax in 1986 and appeared in his Mobile Homeless Homes protest performance in 2012. 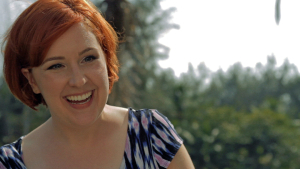 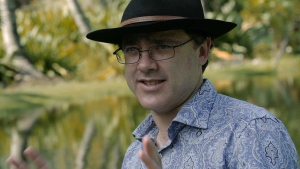 Larry Croft has a Ph.D. in Biochemistry from the University of Queensland in Australia. His chief interests are bioinformatics, computational biology, high throughput experiments and data analysis. He has worked with Joey Skaggs on several projects including Stop BioPEEP and Skaggs’ latest hoax, which is embedded in Art of the Prank documentary film.